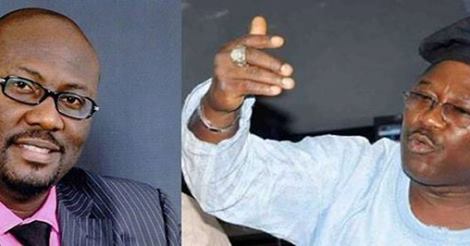 The Court of Appeal in Abuja on Friday set aside the decision of the National Assembly Election Petition Tribunal in Kogi which struck out the petition of Senator Smart Adeyemi.
Mr. Adeyemi of People’s Democratic Party (PDP) had challenged the election of Dino Melaye of the All progressives Congress (APC), alleging electoral irregularities and malpractices.
Justice Muhammed Adume held that the tribunal was wrong in striking out Mr. Adeyemi’s petition on the grounds of technicalities, instead of substantial justice.
The appellate court, therefore, remitted the case to the tribunal for “trial on merit”.
The court further held that the decision of the tribunal that Mr. Adeyemi did not file his petition within the time frame allowed by law was wrong and nullified it forthwith.
Justice Adume said the respondents did not provide sufficient evidence before the tribunal that the petition was filed late.
The tribunal had dismissed the petition of Mr. Adeyemi, a one-time National President, Nigeria Union of Journalist (NUJ) for late filing.
The tribunal Chairman, Justice Akon Ikpeme, had in his ruling of June 18, held that the Kogi West ex-Senator’s case was “incurably defective”.
(NAN)