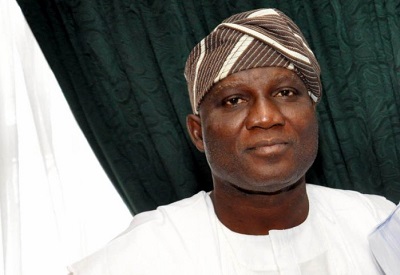 Deputy Speaker of the House of Representatives, Yussuf Lasun has denied that the Speaker, Yakubu Dogara is planning to strip him of some legislative responsibilities.
There were unconfirmed reports on Thursday that an ad-hoc committee set up by the speaker had in its report recommended that the deputy speaker cease to be the Chairman of the Committee of the Whole House.
However, in a reaction by his Chief Press Secretary (CPS), Wole Oladimeji, the deputy speaker said there was no plan by Hon. Dogara to strip him of his legislative powers.
Besides, he noted that the report of the ad hoc Committee has neither been considered nor adopted by the House.
It reads: “The House is constitutionally empowered to amend its rules as it deems fit and the process is aimed at enhancing the activities of the House.
“The 8th Assembly set up an ad hoc committee to review its rule, inaugurated by the Speaker with the Deputy Speaker in attendance and once the review is concluded, the report is expected to be presented to the House for robust debate before it becomes the new House Rule for the 8th assembly.
“It should be stated clearly that this has not been done, so the rule being referred to as stripping the Deputy Speaker of his function by the Speaker is a figment of the imagination of the writers.
“It must be stated clearly that the Speaker and Deputy Speaker have an uncommon bond that cannot be threatened nor broken by unsubstantiated report such as this.
“The entire members of the 8th Assembly is united and solidly behind the leadership they elected and no amount of sponsored reports can threaten the bond and unity that is now reigning supreme in the House.
“The public should therefore discountenance this report and await the renewed zeal of members to serve Nigeria upon resumption under the leadership of Speaker Yakubu Dogara and ably assisted by the Deputy Speaker”.