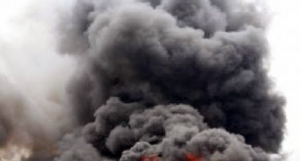 We have just learnt of a story developing from Borno State where a suicide bomber on Tuesday afternoon reportedly attacked a market at the Sabon Gari area in Damboa.

According to eye witness accounts, the suicide bomb attack killed an unspecified number of people with several others injured.