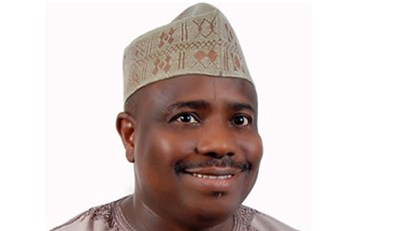 Sokoto State Governor Aminu Tambuwal has pledged that his administration will provide critical infrastructure for the Nigerian Army and assist its officers to enable them carry out their mandate.

According to a statement signed by the Senior Special Adviser on Media and Public Affairs to Tambuwal, Imam Imam, in Sokoto on Sunday, the governor made the promise on Saturday in Sokoto when he visited the Command Headquarters of 1 Brigade, Nigerian Army, Sokoto.

The governor said that the state government would continue to prioritize the welfare and well-being of men and officers of all security agencies in the state.

“Tambuwal said that Sokoto State had benefited immensely from the activities of the Brigade Command in various ways.

“The state government and the army authorities will soon sign a Memorandum Of Understanding to expand the activities of the command’s skills acquisition centre to include youths and women from all parts of the state.”

Tambuwal also assured that the state government would complete the ongoing water project in the barracks. He commended the Brigade Commander, Brig.-Gen. Chikezie Ude, for embarking on projects within the barracks in spite of lean resources, and promised to assist where necessary.

Ude, who took the governor round the facilities in the barracks, hailed the cordial relationship between the people and the army in the state.