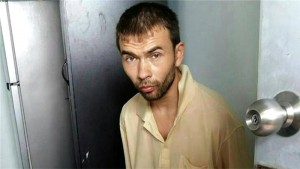 Thai police have arrested a foreign suspect and seized bomb-making materials in the investigation of a deadly shrine bombing that killed 20 people, officials said.

Saturday’s arrest is the first in connection with the bombing at the Erawan shrine in the capital’s bustling downtown district on 17 August which killed mostly Asian visitors, in Thailand’s worst single mass-casualty attack. Officials have not yet confirmed the nationality of the arrested suspect.

“We have found components of bomb-making materials in his apartment and I am confident that he is likely involved with the bomb attack,” he said on broadcaster T News.