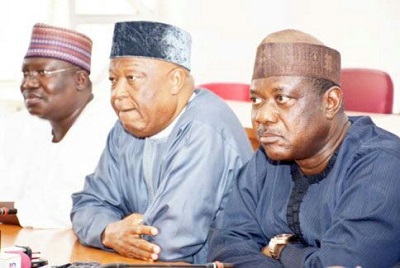 A group of senators of the All Progressives Congress, under the aegis of Unity Forum, have kicked against the decision of the Senate Committee on Ethics, Privileges and Public Petitions to investigate the Chairman of the Economic and Financial Crimes Commission, Ibrahim Lamorde, over alleged diversion of N1 trillion assets recovered by the commission.

The APC senators, who are opposed to Senate President Bukola Saraki’s leadership, echoed the position of the Peoples Democratic Party caucus in the Senate, which dissociated its members from the probe on Monday, calling on the committee on Ethics, Privileges and Public Petitions to shelve the investigation.

The Forum said Lamorde’s invitation Wednesday was illegal and a breach of the Senate Standing Rules, adding that there was no record indicating that the petitioner, George Uboh presented his case through the appropriate channel.

“The Senate Unity Forum hereby declares that the Senate Committee on Ethics, Privileges and Public Petitions probe of the Chairman of the Economic and Financial Crimes Commission, Mr. Ibrahim Lamorde is illegal and a breach of the Senate Standing Rules.

“In standard parliamentary practice, a petition is routed through either a Senator or a member of the House of Representatives. Upon receipt of such petition, the representative will inform the presiding officer of the chamber and, thereafter, present the petition in plenary.

“Upon presentation in plenary, the presiding officer will invite the Senator/Representative to lay the same petition on the Table in the chamber, which automatically becomes a public document.

“Thereafter, the presiding officer will refer the petition to the appropriate committee for consideration upon which it would be returned to the Senate in plenary.

“In this regard, nothing of the sort happened. Senate proceeded on recess on August 13 and it is not on record that the petition of Mr. George Uboh, accusing Lamorde of diverting over N1 trillion recovered from some corrupt Nigerians, including the former Bayelsa State Governor, Diepreye Alamieyeseigha, and the former Inspector General of Police, Tafa Balogun was presented to Senate in plenary”.

The Senate Unity Forum, therefore, urged the Senate leadership to halt the probe of the EFCC.

The statement added: “The Senate Unity Forum do support the position earlier adopted by some of our colleagues that the Lamorde probe should be halted as it did not follow due parliamentary process.

“For the avoidance of doubt, Rule (1-3 of the Senate Standing Orders specifically spells out how petitions are handled in the parliament.

Rule 41 (1-3) states: (1) A petition may only be presented to the Senate by a Senator, who shall affix his name at the beginning thereof.

(2) A Senator presenting a petition shall confine himself to a brief statement of the parties from whom it came, the number of signatures attached to it and the material allegations contained in it and to reading the prayers of such petitions.

“It is after these steps have been taken that the presiding officer would refer the petition to the afore-mentioned committee.

“It should be noted that, in this case, none of the laid-down procedure was followed before Senate Unity Forum read in the newspapers that the Senator Samuel Anywanu-led Ethics, Privileges and Public

Petitions Committee would, on Wednesday, August 26, today commence a probe the EFCC Chairman.

“We stand against this probe. It is illegal and unconstitutional because it did not follow our rules”.