Hon Motunrayo Hadijat Adeleye-Oladapo, a two term lawmaker who represented Ifo Constituency at the Ogun State House of Assembly, has revealed that she got pregnant while she was in SS1, and how her man denied the pregnancy. 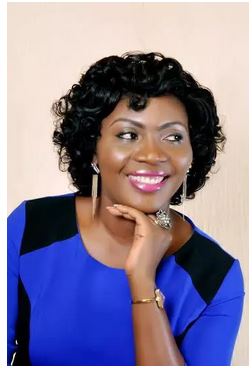 Hadijat, as she is fondly called, told Naij.com in an interview that the bitter experience of dropping out of school as a result of the pregnancy, and other challenges faced in the process, contributed to her eventual success story.

The astute politician, in her late 30s, can simply be described as an iron lady –her resilience and determination are the stuff of dreams. Despite the hard times faced at such an early age, she scaled all hurdles to study Yoruba Linguistics at the prestigious University of Lagos.

She said: “While I was in secondary school, I had a pregnancy and eventually had the child, so I had to drop out of school that time. I had the child in 1991 when I was in SSS1. I eventually went back to school but it was not easy going to school and taking care of a child, but unfortunately the child even died at one and half year old.”

Hon Hadijat continued by saying: “When such mistakes happen, some people don’t ever get out of it but for me, I made up my mind that I need to forge ahead and make something out of my life and glory be to God, I made something out of my life. I worked in a few places. I was once a receptionist. I was once a daily contribution collector in Mile 12. I was still working as a daily contributor collector when I met my husband who I eventually married. I sold bread by the road side, I hawked bread, I hawked garri because my mum sells food stuffs. I learnt a big lesson that my situation was temporary and my determination to make it in life became stronger,” she concluded.