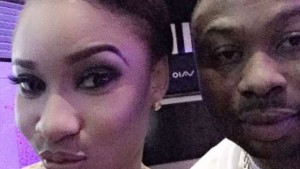 The robbery allegedly occurred when the actress’ husband was not in Accra.

According to the source, a truck was parked in front of his house which was used to carry the stolen items from the house; after the robbery, Tonto Dikeh and Churchill flew in to Accra to spend sometime in his home only to find out that his home had been burgled.

The couple stayed in Movenpic Hotel and flew out the following day.

In a recent interview with Hip TV , the actress denied pregnancy reports. “That’s a very, very good thing. I pray that I should be. Then again I don’t look pregnant. It’s something every woman should be proud of. I hope it comes for me” said Tonto Dikeh.