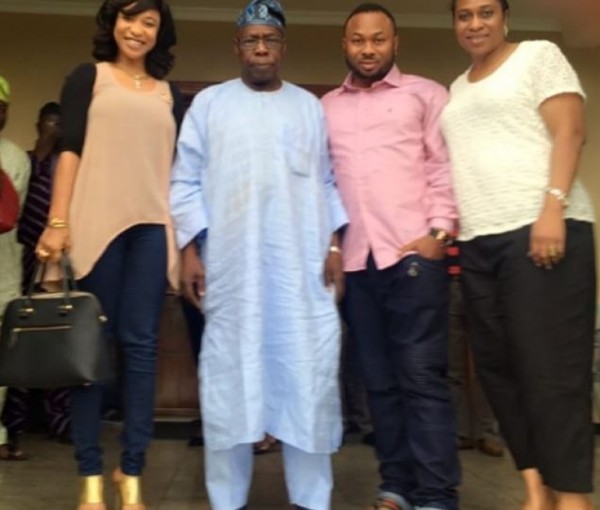 Churchill is actually related to former president Olusegun Obasanjo but not his direct son.

Oladunni Churchill is Chief Obasanjo’s brother’s son, but Tonto was right to have called him her father-in-law, according to the Yoruba tradition.

Investigation showed that Churchill asked Tonto out while she was dating Michael Awujoola (Malivelihood). Shee waved him aside but did not totally ignore him.

Meanwhile, Tonto Dikeh and hubby Oladunni Churchill were seen out on their first official outing.