Top Five Nigerian Musicians That Took After Their Parents

The List contains Artistes who have taken after their parents in the choice of profession which is Music and are doing Successfully in the field.
The List contains only artistes whose parents are musicians and they have followed strictly in the same line of music.

1) Femi Kuti – Femi Kuti is an internationally recognized Afrobeat Star and the son of the Abami eda himself, Fela Anikulapo Kuti He is one of the most succesful artiste in Nigeria With over Four Grammy nominations,his song used in GTA IV and also sampled by various international stars like Jayz,Jcole. 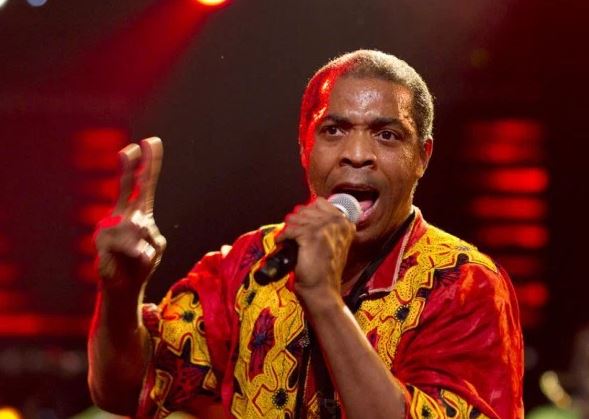 He has been keeping the Nigerian flag flying ever since the formation of his band ” Positive force in the 80s.

2) Paul Play – Hiphop act and ” Angel of my life Crooner is the son to Isaiah Kehinde Dairo popularly known as I.K Dairo, a prominent Juju musician who rocked the Nigerian music scene between 1960s and late 1980s. Known for his vocals and delivery, The artiste is known for songs like Mo so rire,a remake of his Father’s hit single, happy day, Forever and was one of the artiste that performed when Bill Clinton came to Nigeria in 2003.

3) Darey -Darey, 2004 mtn Project Fame Runner up and Talented Nigerian artist is the Son to Modupe Arthur Alade, popularly known as Art Alade was a famous Nigerian highlife/jazz artiste in the sixties and seventies. Darey is known for his Lyrics and Exceptional Style of Music and has produced Hit songs Such as Not the Girl, Style na Style, Follow me Go and many other hits.

4) GFresh – Gabriel Afolayan is the son of Sir Adeyemi Josiah Afolayan, also known as Ade-Love who was an actor and musician famous for the Hit Single Taxi Driver and Iya ni Wura. Gabriel who is also an Actor, is famous for the hit Singles kokoro Ife and Awelewa and is fast gaining relevance in the business too.

5) Big Sheff – Sheriff Ilori aka Big Sheff is the son to Kollington Ayinla as father and Salawa Abeni as mother, his parents are both Popular Fuji Musicians. The rapper who resembles Rick Ross is known for his hit Single ” Collateral and is getting ready to take over the rap game in Nigeria Soon enough.

Share
Facebook
Twitter
WhatsApp
Previous articleFat Police Woman Causes Scene In Lagos As She Sits On The Laps Of A Male Passenger [PHOTOS]
Next articleNigerian Man Allegedly Beats Mother To Death With A Chair In The US [Photos]
- Advertisement -Ad ==> Discover how a young Nigerian graduate now makes a consistent 40k per week doing a legitimate online business. You too can start yours now, click here!!!