After more than two years on the run, Islamic State top cleric in Lebanon, Ahmed Al Assir was arrested by Lebanese authorities on Saturday as he attempted to fly out of the country on a forged passport. 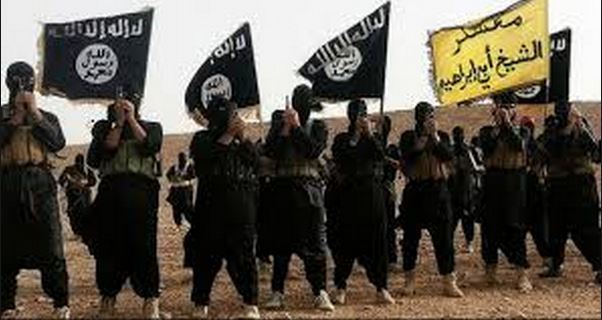 The country’s National News Agency reports that Mr. Al Assir was caught at Beirut’s Rafik Hariri International Airport on Saturday while trying to board a flight to Egypt using a fake Palestinian passport.

It quoted Lebanon’s general security directorate as saying Mr Al Assir was planning on flying to Nigeria via Cairo.

A photo posted by the National News Agency after the arrest revealed that Mr. Al Assir had recently adopted a new look, shaving his long, unkept beard and trading his usual religious robes and headwear for a more inconspicuous jacket and sweater.
Some local news outlets suggested Mr Assir had also had plastic surgery to alter his appearance. Mr Al Assir became one of the most wanted men in Lebanon after his militia went to battle with the Lebanese army in the port city of Sidon in 2013, resulting in the deaths of 18 soldiers and dozens of Mr Al Assir’s gunmen.

From his modest Bilal Bin Rabah mosque in the southern city of Sidon, he railed against Hizbollah and later the Lebanese state, accusing them of subjugating Lebanon’s Sunni community.

Mr Al Assir was ridiculed by his opponents for his hardline rhetoric and media stunts, such as a 2013 incident in which his followers forced their convoys through Christian-erected roadblocks to reach a ski resort and play in the snow.

But amid a leadership vacuum for Lebanon’s Sunni community and passions against Hizbollah and the state running high, Mr Al Assir’s strident tone struck a chord with many disaffected, radical Sunnis in the country.

His movement even attracted Fadl Shaker, a Lebanese-Palestinian rooftop wedding singer turned wildly popular pop star. At first, Mr Al Assir maintained that his movement was peaceful in nature. But slowly, the guise of a peaceful movement dripped away.

Soon, the closed-off street where his mosque was located in Sidon’s Abra neighbourhood was teeming with gunmen.
Mr Al Assir’s words became more bellicose as he encouraged Lebanese Sunnis to go to Syria and aid the rebels. He spoke about the need to confront Hizbollah, which he called “the party of Satan” or “the Iranian project” and accused it of dominating the Lebanese state.

In early 2013, Mr Al Assir released a video of himself on the front line near the Syrian town of Qusayr, moving through a trench carrying a Kalashnikov assault rifle and firing a machine gun from a rooftop position.

Tensions between Mr Al Assir and those he accused of oppressing Sunnis came to a head in June 2013 when his followers attacked a Lebanese army checkpoint in Sidon. The attack kicked off 48 hours of fighting in Sidon as the army launched an assault on Mr Al Assir’s mosque compound.
Hezbollah and allied militias also joined in on the attack on Mr Al Assir’s forces. When the fighting ended and the army captured Mr Al Assir’s mosque, 18 soldiers were dead along with dozens of militants.

Mr Al Assir and his surviving companions fled and kept a low profile. He is believed to have fled to Sidon’s Ain Al Helweh Palestinian refugee camp, a lawless enclave known to be a safe haven for extremist elements. Mr Al Assir’s fall was as sudden as his rise.