Transgender teen Riley Middlemore is freezing his eggs – so he can be a biological dad once he becomes a man.  Riley, 16  born a girl called Rebecca,dropped the bombshell he wants a sex change to his mum last year. 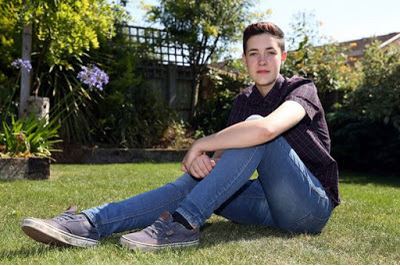 Now Riley, who has shaved off his long brunette locks and started binding his 34C chest, is awaiting full gender reassignment on the NHS – a mastectomy, hysterectomy and having a penis constructed once he’s 18.

But, before then, he has decided to freeze his eggs.
Riley said: “I want to get married one day. I’ve always wanted a family and I love children. My partner would be the surrogate and carry my eggs. That way I can have children that are biologically mine with my partner.” 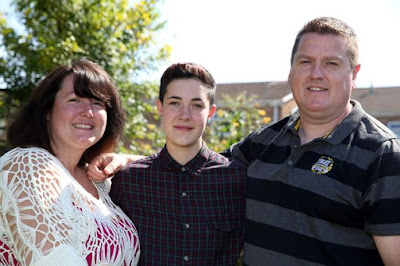 Growing up in Gloucester, Riley was always a tomboy and preferred to wear tracksuits and jeans rather than dresses.
Living with four brothers, Martin, 18, Jake, 14, Ricki, 13, Philip, 11, he played with their Action Men and toy cars

Riley recalled: “I wore my brothers’ clothes. It became more difficult when I started puberty aged 12.
“I developed breasts, had periods and hated the way I looked. I was trapped in the wrong body but kept it to myself.”
Last December Riley, who had always fancied girls, came out as gay.
Then, at Christmas, he decided to reveal the full truth to mum Carrie.
Riley said: “Mum was coming round to have tea with my then girlfriend.

“I was worried my partner might refer to me as ‘Riley’ or ‘he’. I said to Mum, ‘I need to tell you something.’ She said, ‘You want to be a boy?’ She had guessed, and just hugged me.”
Café owner Carrie, 36 – who split from Riley’s dad when he was a baby – did struggle to accept that her once only daughter was becoming a boy. 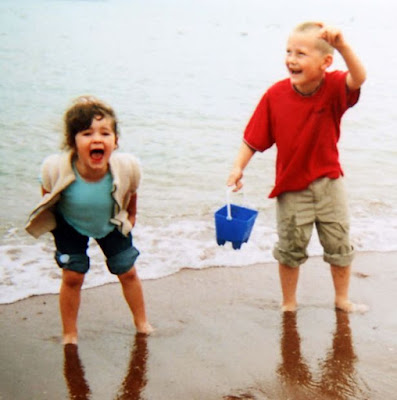 She said: “When he told me he wanted to have a full sex change I was worried, ­because it is such a major operation. But I just want him to be happy.”
Carrie went with Riley to the GP who referred him for counselling, adding he must live as a boy for a year before he can be referred to a gender identity clinic.

Riley said: “My brothers have all been very accepting. People have called me names, but they are just ignorant.”
Once referred to a gender identity clinic he will have more counselling and assessments by doctors before receiving hormone injections or patches to deepen his voice and give him facial hair.
He hopes to have a full £10k sex change on the NHS when he turns 18. Since becoming a boy, Riley has received lots of female attention and he has had a girlfriend for two months.
He said: “She’s very understanding and has only ever known me as Riley.”
Riley, who starts college next month studying sport, wants to teach PE.
Carrie said: “I am proud of Riley. It’s like mourning the death of a daughter but celebrating the birth of a son.”
Source: Sunday Mirror