Nigerian troops yesterday made startling discovery while combing and clearing terrorists in and around Dikwa, Borno State.

During the operation, the troops discovered pile of street lamps poles cut into pieces by Boko Haram terrorists, which they use in making Improvised Explosives Devices. 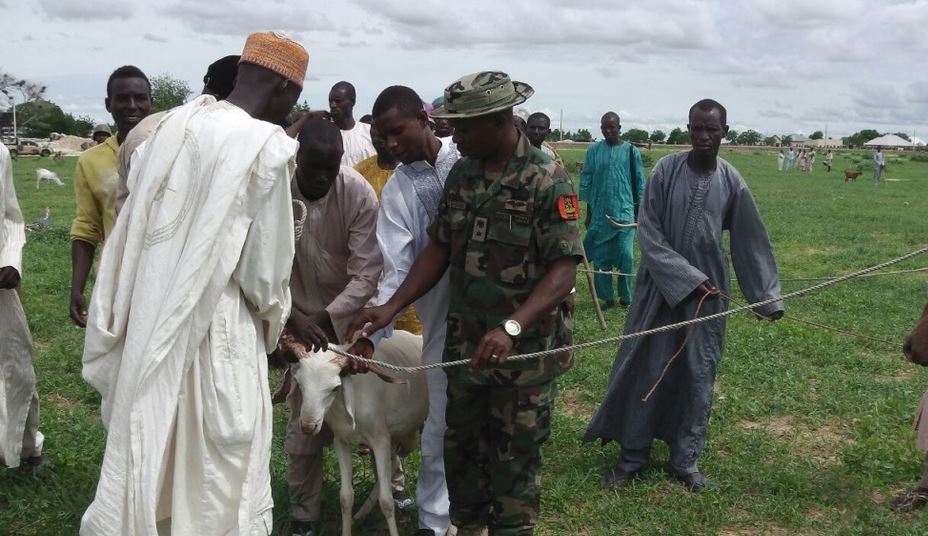 In another development, during a cordon and search operation in Jakana village, the troops of 7 Division Garrison recovered 15 cows, 174 goats and a donkey from rustlers.

The animals have since been handed over to their identified legitimate owners. The rustlers were apprehended and are currently undergoing investigation.

Similarly, troops at Jehu near Jakana, arrested Mai Mustapha, a fuel supplier to Boko Haram terrorists and Madu, who coordinates buying of food items from neighbouring villages for the terrorists.

Share
Facebook
Twitter
WhatsApp
Previous articleSee What A Wicked Woman Did To Her Domestic Servant In Lagos [Graphic Photos]
Next articleEx-bankers Bags 91 Years In Prison Over N114.6m Fraud [Photo]
- Advertisement -