Home News Feed Indian Sisters To Be Raped As Punishment After Their Brother Ran Off...
Facebook
Twitter
WhatsApp

2 sisters have been sentenced to be raped as punishment after their brother ran off with a married woman. An unelected all-male village council in India also ordered that 23-year-old Meenakshi Kumari and her 15-year-old sister are paraded naked with blackened faces. 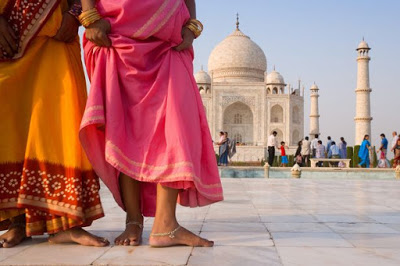 The horrific order was revealed by Amnesty International which said the sisters and their family have fled their village in the Baghpat district, just outside of Delhi.

According to news site Zee Media, the sisters’ brother Ravi fell in love with a girl from the Jat caste, a higher social caste than Ravi and his family, who are Dalit, once known as the ‘untouchables’, who are at the bottom of India’s caste system.

The Jat woman’s family married her off to someone else in February but she later escaped and eloped with Ravi in March.

As punishment, on July 31 a village council decided Ravi’s sisters should be raped to avenge his actions.

Since the family fled their village their home has been ransacked.

Sumit Kumar, another brother of Meenakshi, told Amnesty that members of the Jat caste were powerful members of the village council, saying: “The Jat decision is final.”

His family fears for their lives if they return. Meenakshi has filed a petition with India’s Supreme Court asking for protection.

Meanwhile her father has also lodged a complaint with two national bodies saying he has been harassed by the family of the Jat woman and by police.

They are also worried about the safety of the Jat woman, who is believed to be pregnant with Ravi’s child.
Amnesty International has launched a petition calling on India’s authorities intervene immediately and protect the two sisters.

In an appeal, Amnesty said: “Unelected village councils such as this are widespread in parts of India.

“More often than not they are made up of older men from dominant castes, who prescribe rules for social behaviour and interaction in villages.

“Nothing could justify this abhorrent punishment. It’s not fair. It’s not right. And it’s against the law.”