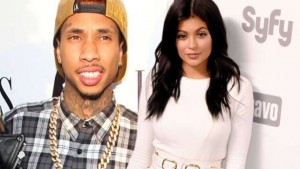 Here’s an insight on what Tyga feels about Zayn’s open admiration for his girlfriend.

It hasn’t even been a week since Malik ended his relationship with his ex girlfriend, Perrie Edwards and he’s already putting the moves on another woman.

But a source tells HollywoodLife: ”Unfortunately for Kylie, Tyga doesn’t really get too jealous. If anything it gets Tyga excited that other dudes are crushing on his girl. He sees how Kanye handles other guys hitting on Kim and he wants to handle it the same.”

”He feels like it’s a compliment. He wants other guys to be jealous of what he has. Tyga isn’t threatened by other guys coming onto Kylie. Zayn can crush on her all he wants cause at the end of the day she comes home to Tyga,” the source went on