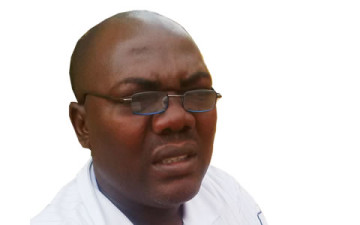 The University of Lagos on Sunday disowned the randy lecturer, Dr. Akin Baruwa, who reportedly raped an 18-year-old admission seeker.
Baruwa allegedly raped the young girl (name withheld), who is seeking admission to the university, in his office on July 23, 2015.
The lecturer, currently cooling his heels at the Kirikiri Prison, was arraigned before an Ikeja Magistrate’s Court, Lagos, on Thursday.
In his confession to the police on August 3, Baruwa, who is said to be a lecturer at the Faculty of Business Administration, confessed to having sex with the girl but claimed it was by mutual consent.
But the Head, Information Unit of the university, Mr. Olagoke Oke, said Baruwa was not an employee of the institution.
According to Oke, after investigations, it was discovered that no such name was on the roaster of the university – either as teaching or non-teaching staff.
He added, “The said Dr. Baruwa is a not a member of staff of the university, whether teaching or non-teaching. He also does not belong to the part-time or full-time teaching staff of the school. His name is not on the master list of workers of the university. I have checked the staff list using his full name and initials and could not come up with any such name as of Friday, August 6, 2015.
“I have also checked the list of office accommodation given to members of staff of the university and his name is not there. There is no office allocation attached to such a name. How he reportedly entered the said office where the crime took place is what we are looking into as an institution.
“While we sympathise with the alleged victim, we are ready to cooperate with every agency of government to get to the root of the matter as soon as possible. As an institution, we do not support any act of violence, not even against women. Therefore, we will help to ensure that the case comes to a logical conclusion”.