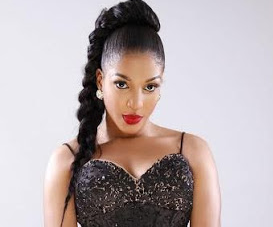 This happens when truth battle with falsehood. A babe say, ‘I don’t even know that your nonsense password’ in a bid to claim that you are wrong in your accusations, but the truth is she knows it. #GoFigure

The lady, Ladun, who broke the story about Dabota Lawson’s alleged cheating scandal has opened up that Dabota is not telling the truth by claiming that there is no problem between she and her husband and that in fact, as at this morning, she has still not return to her matrimonial home. Details below: 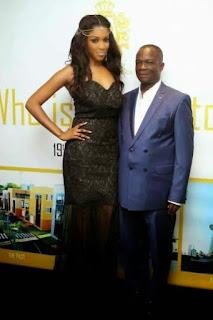 After we broke the news that Dobata and her billionaire husband, Prince Sunny Aku’s marriage has packed up, she went ahead later in the evening to debunk the story and even posting a VIDEO of them together. Now this is it, as you read this, Mrs Aku, I mean Dabota Lawson-Aku is still not in her matrimonial home. Let me break it down for you very well, as at yesterday Dabota was not with her husband till the news broke (because she left on Friday) and when the news went viral, she couldn’t take it in a way. She called him up in the afternoon. After several missed calls, Prince picked his call and Dabota begged for forgiveness and begged to see him.Apparently, she was looking for a way to shut the news down.

Before all of these, her friends have been calling me saying the news is not true and I should pull it down. My question was okay wait a minute, this is just me and you guys now, the world isn’t here, are you telling me, Dabota is still with Prince? they said YES, then I told them that my source is very correct and the source even told me, this and this, but I just don’t want to put it all out because there’s no joy in reporting that another lady’s marriage has packed up. Then they said hmm, and couldn’t reply me. The hmm was deep, and between me and them, we understand the meaning of the hmmm, and the line went off. Nobody called me back, after they had called twice and we had this ‘hmm’ last conversation. Cus I told them there was more to say, I just don’t think it should be all out there.

Fast forward later, Dabota did a video and sent it out trying to name me a liar. Well these are the questions that need answers: Did Dabota pack out of her matrimonial home on Friday? YES… Did she fight Prince? YES…. Is Dabota back to her matrimonial home as you read this? NO, read again NO.

Those who know their house knows that the video sent out, posing as if they were at home was not recorded in their house. The video was recorded at a place Dabota begged to see Prince (I dont want to mention the place). Please it was NOT in their HOUSE. Show anyone that knows their house the video. When the news went viral, she begged Prince to see him, as a man who loves his wife, he later agreed to see her. She told him the news was already everywhere and Prince should please let them record a video to shut it down, because an interview alone will not help. He agreed and the video was shot, after the video, Prince left and Dabota left too.

My source however says she has called Prince again that she will be coming home later today and if not today, she will return this week unfailingly. That is the true story. I have nothing to gain in pulling her down, and the truth is, if I don’t report it another person will, it will only just be a matter of time and that was why I did. Those that KNOW THE TRUTH, knows this is nothing but the truth. Dabota rushed to meet him to shut the news down and she is not back to her matrimonial home yet.

Again like I said in my first post, Prince had said he won’t take her back, but later changed his mind when the news broke and had to do what she wanted because of love.

Whatever the case, let LOVE win but our ladies should just learn to be faithful to their husbands. Simple!