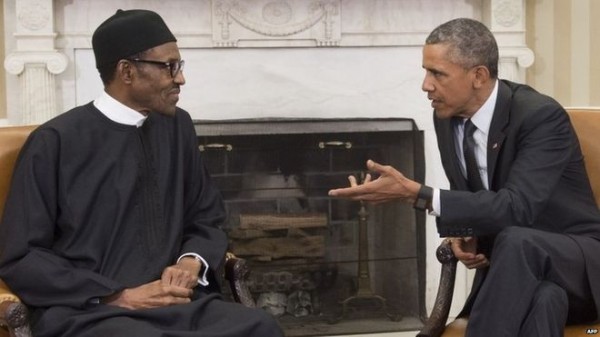 The Conference of Nigerian Political Parties, CNPP, has described the lifting of arms embargo imposed on Nigeria by the United States of America, USA, as the first diplomatic breakthrough of President Muhammadu Buhari’s administration.
The National Publicity Secretary of CNPP, Mr. Osita Okechukwu, who made the remarks while reacting to the development, also described the move as a “harvest and dividend of Buhari’s uncommon integrity”.
You may recall that the U.S. under the Leahy Act, refused to sell arms and military hardware to Nigeria to use in its war against Boko Haram insurgency following reports of alleged human rights abuses by the Nigerian military.
Okechukwu noted that the CNPP applauded the heart-warming news of the diplomatic breakthrough emanating from the US delegation led by the head of United States Congress Committee on the Judiciary, Congressman Darrel Issa to the effect that the U.S. will soon lift the current arms embargo placed on Nigeria
According to him, “For us, this is the 1st Diplomatic Breakthrough of President Buhari administration; a harvest and dividend of his uncommon integrity. In other words Nigeria has been reconnected to the global community”.
The umbrella body of registered political parties said, “Pundits attributed the resort of our dear former president, Dr Goodluck Jonathan, to the under the table and Black Market to procure the needful arms and ammunitions to contain Boko Haram insurgents, to the blatant refusal of the US government to sell arms to Nigeria because of the Leahy law.
“Accordingly, we congratulate Presidents Barack Obama and Muhammadu Buhari; for it is our candid view that the Diplomatic Breakthrough – lifting of arms embargo on Nigeria by President Obama, is a direct dividend of the integrity of President Buhari, an uncommon political capital, upon which Nigerians voted.
“The US was relying on President Muhammadu Buhari and the military chiefs to rebuild the trust of Nigerians in the military as an institution that would protect the citizenry.
“The fact is that this new regime with the new general staff has begun the process of ensuring that military professionalism in all post-civilians and combats has been made in a way that we can both be confident that the rule of law is being obeyed”.
CNPP, therefore, appealed to Nigerians of all cadre, creed and political party, to candidly join Mr President in laying a solid foundation for a new Nigeria; as this singular act of the US government has put paid to those who insinuated that President Buhari’s trip to the U.S. was a futile exercise and a jamboree.