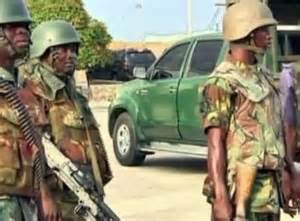 The Plateau State Government has declared a dusk-to-dawn curfew in Riyom and Barkin Ladi Local Government Areas following a resurgence of violence there.

This is contained in a statement signed by Mr Rufus Bature, the Secretary to the State Government on Thursday.

“The curfew starts 6pm and ends at 6am”, the statement declared.

It stated that enough security personnel would be deployed to protect life and property, and cautioned against actions that could worsen the security situation in the area.

NAN reports that the warring Berom and Fulani communities, who only recently resolved to end hostilities, took up arms against each other early this week.

The Special Task Force in charge of security in Plateau has confirmed that many have been killed in the past few days but said that its personnel had been deployed in affected areas to restore law and order.