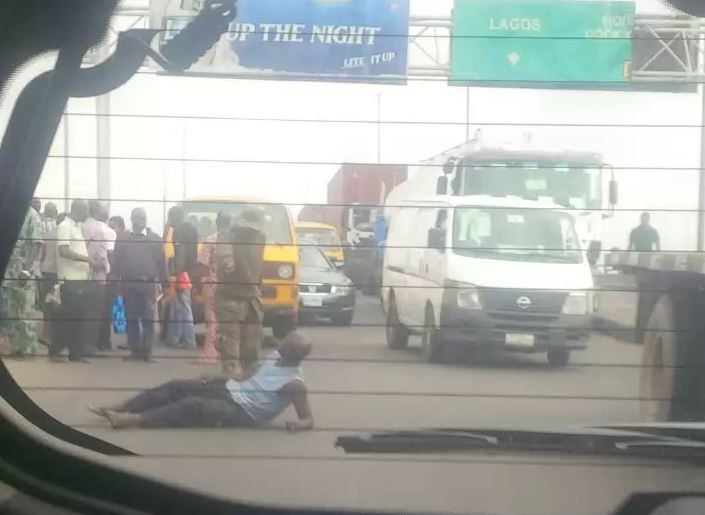 An eyewitness gave the report below….

This happened this morning around Apapa Area while descending towards Leventis, the Nigerian military and other agency were trying to control the traffic on the bridge by giving way for smaller vehicle to go through when this Danfo driver came from nowhere and started obstructing traffic, leaving the queue that was created by the task force.

He was already causing traffic when we eventually allowed him to enter in front of us, as one military officer came and told him to park and then roll on the floor from the bridge down to Area B police station.

The scene was such an entertaining one because even his passengers said they told him to follow the queue peacefully but he refused.

To all Danfo drivers please always respect your self, Obey traffic rules and stay out of troubles.