A woman is suing a police force after an officer’s horse bit her finger off. 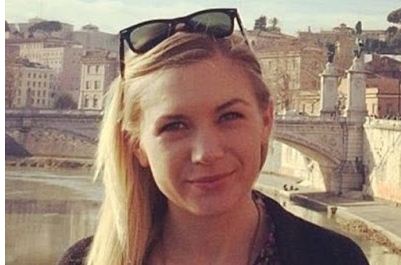 Pernilla Ekberg was petting the police horse outside a New York bar when the horrific incident happened.

The 28-year-old had been socialising with friends at Max Fish bar, in Manhattan’s Lower East Side, when she stopped the animal to pet it.

The Swedish national approached the NYPD officer and asked for permission to pet the horse, according to a lawsuit filed in Manhattan Supreme Court.

But when she reached out, the animal “chomped down on her hand, bit off the tip and spit it out on the floor”, Ekberg’s lawyer said.

Ekberg claims the police officer panicked and fled without offering any help.

Her boyfriend retrieved the tip of her right ring finger and put it on ice but doctors at Bellevue hospital were unable to save it.

Lawyer Eliot Bickoff said the injury is a “significant disfigurement” because Ekberg is right handed.

According to the lawsuit, as an analyst of marketing campaigns, she needs her full right hand to type, hold a pen, interact with people, all of which has been affected by the injury.

She has nerve damage and spent months in intensive rehab working to restore her fine motor skills which are still impaired, her lawyer said.

A city Law Department spokesman said the case was being examined.