A young man was on Sunday butchered and his remains set on fire in Calabar for reportedly stealing a pot of soup. 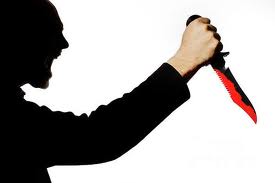 Meanwhile, his two accomplices escaped.
It was gathered that the hoodlum, alongside two his friends, allegedly attacked the woman at Mayne Avenue Extension in Calabar South and robbed her of her pot of soup.

They were reportedly attracted by the aroma of the soup the woman was warming for her family’s breakfast, before heading for early morning mass at nearby St. Bernard’s Catholic Church.

It was gathered that as the robbers were about to get out of the compound with the pot of soup, the woman raised the alarm, which attracted other neighbours.

They arrested the one carrying the pot of soup and dealt him several machete cuts before setting him ablaze.
An eyewitness said, “It was almost dawn when the boys attacked the woman and carried away her pot of soup. When they were about getting out of the compound, she raised alarm and people came out, pursued and caught one of them.”

He said the young man was not able to run as fast because of the pot of soup he refused to drop.
The eyewitness told newsmen that, “This is not the first time they have come to our compound to steal. Last week, they removed the car battery of one of our neighbours; once night falls, they attack people, especially ladies, around Goldie by Atu and snatch their handbags and phones.”