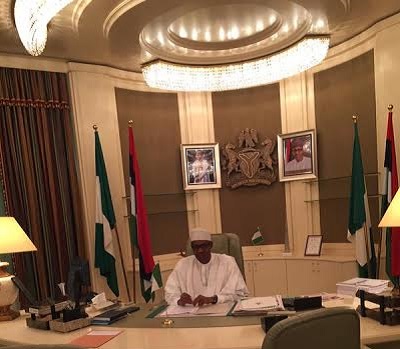 A socio-political group, Osun Positive Force (OPF), has said it was too early to start judging the performance of President Muhammadu Buhari and pleaded with Nigerians to exercise more patience.

A statement by the group’s Director of Media, Mr Yinka Diamond, said Buhari’s performance cannot be decided within 100 days of his administration and cautioned people against putting
unnecessary pressure on the president.

“It is very ludicrous, to say the least, for any reasonable person to evaluate someone with a four-year mandate in 100 days. It is not possible for President Buhari to put things right in one-stop check considering endemic nature of corruption perpetrated by the successive administrations since 1999”, the statement said.

“In the last three months of the administration, the country has witnessed a significant change in terms of improved security with support from multinational forces and the relationship with Western countries has been strengthened.

“The opaque state-owned oil facilities were revived, along with clean-up of environmental degradation in the Niger-Delta region, and cancellation of unfavourable oil contract fictitiously shared among the nation’s economy parasites”, it added.