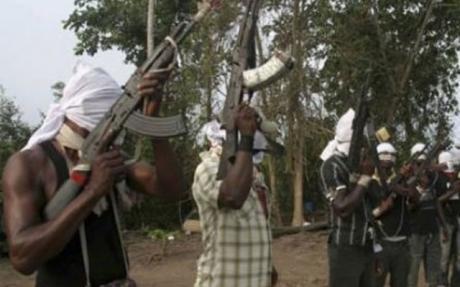 At least 19 persons were feared dead early yesterday morning at Kadunung village in Mangu Local Government Area of Plateau State, following attacks on the community by gunmen where houses were also razed and shops looted.

But spokesman of Operation Safe Haven, Op SH, Capt. Ikedichi Iweha, who confirmed the incident, said no one died in the attack which had rendered many homeless.

The gunmen, residents said, came in their scores, killing and injuring people and setting houses ablaze.

“It is true there was an attack on Kadunung village, houses were burnt, residents are displaced but the situation has been brought under control.

“The troops got the information very late but we have taken over the areas in search of the gunmen,’’ Iweha said last night.

Meanwhile, Governor Simon Lalong has called for calm on the part of all citizens in the state, particularly victims of the unfortunate attacks.

In a statement signed by his Director of Press and Public Affairs, Emmanuel Nanle, Lalong said: “It is regrettable that as efforts are being made by government to see to the end of violent conflict in Barkin Ladi, Riyom and parts of Jos South Local Government Areas, the state is faced with another communal crisis.”

He commended security agencies for their prompt response in curtailing the escalation of the situation and the management of Jos University Teaching Hospital, Comprehensive Centre, Gindiri, for providing medical services to the injured.

He directed the State Emergency Management Agency, SEMA, to provide relief materials to all those affected by the attacks. He also appealed to all citizens of the state to remain calm, embrace peace and not take the laws into their hands but report all suspicious movements to security agencies.