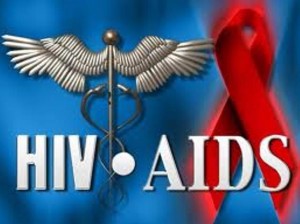 The United Nations Programme on HIV/AIDS (UNAIDS) yesterday stated that Nigeria carries the second highest HIV/AIDS burden in the world with 3.4 million Nigerians living with the virus in 2014.
The figure represents 4.1 national prevalence rate.
The country director of UNAIDS, Dr Bilali Camara stated this yesterday when he paid a courtesy visit to the majority leader of the House of Representatives, Femi Gbajabiamila at the National Assembly.
Camara also disclosed that $700 million was expended on HIV/AIDS control in the country in 2014, with a meagre 25 per cent of the sum, counterpart funding by the Nigerian government.
According to the UNAIDS boss, 58 per cent of the infected Nigerians are women while 124,000 children were infected through mother-to-child transmission (MTCT).
He pointed out that Nigeria’s HIV/AIDS prevalence has put the country on the scale of nations that need to do more to contain the disease.
“Despite the success stories recorded in the past, we still need to double our efforts in the fight to mitigate the negative effects by collaborating and coordinating efforts by all stakeholders.
“We as Africans have a responsibility to take up the global initiative on AIDS for the benefit of our people. Domestic resources have proved inadequate to match the global drive for eradication of the disease”, he stated.
In the area of funding, Camara noted that Nigeria should strive to match foreign donations in the fight against HIV/AIDS.
He also re-echoed the resolve expressed by President Muhammadu Buhari before world leaders that all that Nigeria and Africa needs is global assistance against corruption to enable it independently curb other social problems confronting the continent.
“Like President Muhammadu Buhari told world leaders, Nigeria can face its problems alone provided it gets support in the fight against corruption. He said if we get help with corruption, Nigeria will stand alone, will fight alone and solve its problems as well as take the leadership role in Africa to the next level”, he added.
In his response, Gbajabiamila said the global HIV/AIDS scourge has become a human right issue and cautioned against cutting foreign donor funding for HIV/AIDS in Africa.