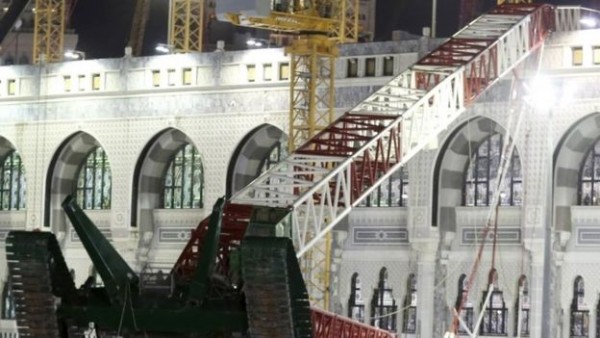 A huge red crane had crashed into a part of the Grand Mosque as it was filled with worshippers, less than two weeks before the annual Hajj pilgrimage. At least 230 people were injured in the incident.

The Chairman of the commission, Mallam Abdullahi Mukhtar, who made this known at a news conference in Abuja, said that the victims were responding to treatments in the Holy land.

Although, he did not name the victims, Mukhtar said two were from Kaduna while one was from Gombe.

“On the commission’s part, we have advised the various states pilgrims’ board not to allow their pilgrims to go close to the Grand Mosque for now.

“They have adhered strictly to our directive and it is yielding positive results,” he said.

Mukhtar also disclosed that 53,800 pilgrims had so far been transported to Saudi Arabia as at Saturday.
He promised that the remaining prospective pilgrims would be transported to the Holy land before the deadline of Sept. 18.