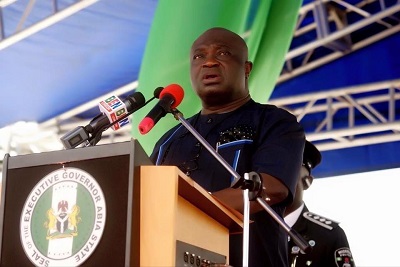 The Abia State chapter of All Progressives Grand Alliance, APGA, has condemned the recent trip by the state governor, Dr. Okezie Ikpeazu to the United States of America and Turkey, describing it as a waste of scarce resources.
In a statement titled, “Ikpeazu’s bazaar in Turkey and the extravaganza in Connecticut, USA”, and signed by the state publicity secretary of APGA, Madu Chikwendu, the party stated that a trade mission was an international trip by relevant government agencies and businessmen aimed to achieve specific economic objectives which it alleged was not the case with the recent trip by the Abia governor.
The statement added that there was no indication that the trip to Turkey and the US brought any goodies to Abia other than a waste of the lean funds of the state.
The party also questioned the claim by the state government that Governor Ikpeazu while in the US, met with the Secretary of State, Maryland, adding that the claim which it said was to give vent to the trip, could not be substantiated.