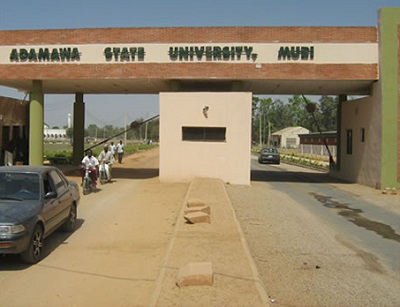 Top officials of the Adamawa State University, ADSU, have been arrested by the Economic and Financial Crimes Commission, EFCC, for selling a N13 million government-owned Toyota Land Cruiser as scrap.

The development was confirmed by the EFCC spokesman, Wilson Uwujaren, in a telephone interview with PREMIUM TIMES.

According to Uwujaren, the Vice Chancellor of the University, Shall David Joshua, and the bursar, K.E. Anjili, were among those arrested on Monday.

“Our operatives in Yola, Adamawa State today arrested top officials of the Adamawa State University for questioning over the sale of a brand new Toyota Land Cruiser jeep as scrap to the former FRSC boss, Haladu Hananiya”, the EFCC spokesperson said.

A former Chairman, Governing Council of ADSU, Haladu Hananiya, paid the scrap value of N150,000 for the vehicle seven days after it was purchased for N13 million.

The vehicle was sold to Mr. Hananiya, a former Corps Marshal of the Federal Road Safety Commission, FRSC, several months after he ceased to be chairman of the institution’s governing council.

Mr. Hananiya was appointed chairman of ADSU governing council on August 16, 2014 but two months into his four-year tenure, the state government sacked the board on October 8, 2014.

The university bought the vehicle on January 28, 2015 almost four months after the ex-FRSC boss and members of the university’s governing council were sacked.

A petition sent to the EFCC said that prior to Mr. Hananiya’s appointment, the university’s management passed a resolution allowing principal officers to retain official vehicles after paying the scrap value of N150, 000.