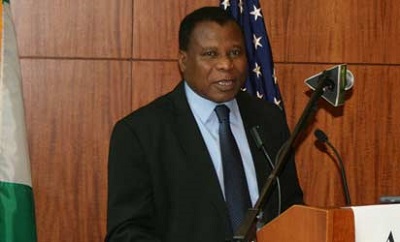 The remains of Nigeria’s Ambassador to the United States, Prof Adebowale Adefuye, is expected to be flown into the country ahead of a three-day burial. Adefuye died August 27, 2015 at the Suburban hospital, Washington, DC.

According to details of the burial activities released by Mr Babatunde Adefuye on behalf of the family, there will be a Christian wake on September 17 at Harbour Point, 4 Wilmot Point Road, off Ahmadu Bello Way, Victoria Island, Lagos, by 5p.m.

The funeral service will hold the following day at Christ Church Cathedral, Marina Lagos at 10a.m., while interment follows immediately at Ikoyi Vault and Gardens.

“Ambassador Adefuye’s life and living were akin to that of the psalmist who was inspired in one of his many songs to say ‘The lines are fallen unto me in pleasant places; yea, I have a goodly heritage’,” the family said.

“Like a man with a truly godly heritage, our late son, husband, father, brother, uncle and cousin lived his life very much as a practical Christian in constant acknowledgement of his Creator, in passionate and unstinting service to mankind and the promotion of and support to great causes, seeking always to make the world a better place. He was an exemplar in virtues.”