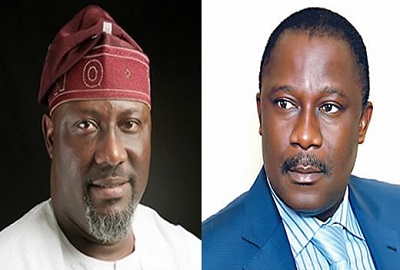 The election petition tribunal sitting in Lokoja on Saturday fixed September 8 for the hearing of a petition filed by Smart Adeyemi against the election of Dino Melaye.

The Chairman of the Tribunal, Justice Akon Ikpeme, fixed the date while closing pre-hearing in the petition challenging the election of Mr. Melaye.

Before closing the pre-hearing session, the tribunal also granted Mr. Adeyemi’ s prayers to call additional witnesses and admitted the report of the recounted ballot papers in 21 polling units.

The petitioner’s prayer for determination of the primary election of the 1st and 2nd respondents was also granted by the tribunal.

In addition, the tribunal also granted the request of the Independent National Electoral Commission, INEC, to withdraw its amended motion of reply to the petition filed by Mr. Adeyemi on April 3.

The INEC‘s oral application to strike out some paragraphs in its motion was similarly granted by the tribunal.

However, in fixing the date for the hearing of petition proper, Mr. Ikpem ruled that Mr. Adeyemi, INEC and Mr. Melaye would only be allowed two days to open and close their cases.

Mr. Adeyemi is challenging the election of March 28, which brought Mr. Melaye as the senator representing the Kogi West senatorial district, on grounds of irregularities in the results of the election.

He is also asking the tribunal to disqualify Mr. Melaye for being improperly nominated as a candidate for the election by the APC.

In addition, Mr. Adeyemi wants the tribunal to declare him the winner or order fresh elections in the disputed polling.