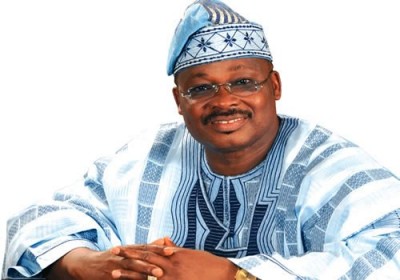 The Oyo State chapter of All Progressives Congress (APC) Monday described as a misrepresentation, reports quoting the state governor, Senator Abiola Ajimobi as having reached an agreement with labour leaders in the state to slash workers’ salaries as a way out of the cash crunch.

The party, in a statement by its Director of Publicity and Strategy, Olawale Sadare, said the Chairman of Nigeria Labour Congress (NLC) in the state, Comrade Waheed Olojede, must have either misconstrued the submission of the governor on the subject matter when he featured in an interview programme broadcast by an Ibadan-based radio station, Splash FM last weekend, or got briefed by the fifth columnists.

APC said: “Like many other members of the public who monitored the Saturday morning interview, we were taken aback when we read again that the NLC chairman quoted Mr. Governor to have mentioned an agreement with labour to bring about a downward review of workers’ pay in view of the present economic downturn. The truth of the matter is that the governor never said that.

“For the avoidance of doubt, it is on record that Senator Ajimobi, while reacting to a poser on salary payment palaver, said the government was meeting with relevant stakeholders, including the labour unions, on how to save the state from its economic problems and part of options being considered was salary review.

“The governor did submit that workers’ pay was a constitutional issue, which no government could decide without the input of relevant authorities. He hinged his position on the need to prevent a situation whereby workers would be owed arrears of salaries in future as it is being witnessed at the moment and for anyone to mislead the public over this will be most unfair.

“As a matter of fact, the APC administration will not do anything capable of undermining the efficiency of workers as we assure of continued friendly relationship between the government and its workforce, regardless of the numerous challenges. In a matter of days, the outstanding salaries and allowances owed public servants will be paid and the bones shall rise again”.