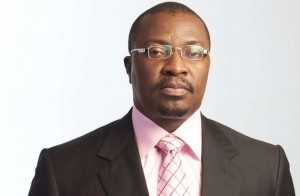 Veteran Nigerian comedian, Alibaba has revealed why some girls are called ‘Runs Girls’.

Ali also opened up on why women need to stop paying attention to people and follow their guts.

Lobatan!!!!! And for most of those girls that say it’s crap to care for a man like this, TRUST ME, that is their game plan. Their plan is to brainwash the woman at home to stop doing these things to their men, so that he can go get it outside. That way, he will keep coming back. Go and find out, no side chic nags! Non tries to stress their man. In fact they prefer to be the run to babe… That’s why they are “runs girls”. They are the run to babe. Most men let their guards down with them. The girls know this. And that also explains why when these runs girls get married, they do all these things and don’t want to hear that some girl somewhere is returning the FAVOUR! #karma! All these girls here saying its 50/50… It’s mutual… The man should do the same, they just want to sell the idea to those women who are married. So that when the man believes the home is not as comfortable they will be waiting for him in Oniru Estate… (You don’t have to agree with me now, but think of it, most sidechics that begin to sound like the wife at home, gets dropped like a bad habit)

“I Was Warned To Be Careful With You,” Prince Kpokpogri Reacts As Tonto Dikeh Exposes His Real Identity