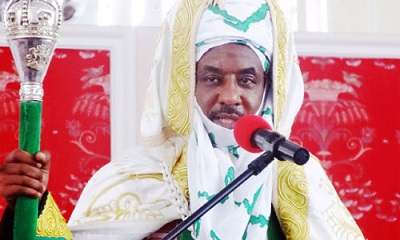 The Amirul hajj and Emir of Kano, Alhaji Muhammad Sanusi II, has urged Nigerian pilgrims to accept the arrangement put in place by the Saudi authorities concerning the ‘stoning of the devil’ at Jamarat.

The emir said performing the Islamic rite in batches and spreading the time for the stoning to include the period of Zawal (sunrise), was necessary to protect the pilgrims.

He said: “On many occasions, pilgrims were killed at the stoning site, following a stampede”.

Emir Sanusi II recalled that 266 pilgrims died in 1994 and 98 were injured at the stoning site that year.

According to him, “these incidents happened at the Jamarat. The frequency and enormity necessitated the arrangement by the concerned authority, to ensure the protection of lives”.

Emir Sanusi II said grouping the pilgrims to do the throwing of stones at different times of the day, including before Zawal, would eliminate deaths.