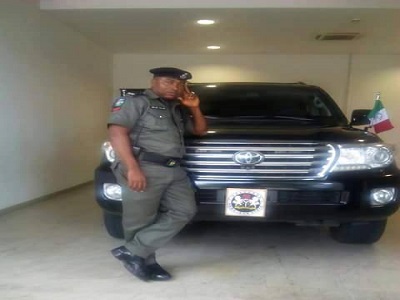 The All Progressives Congress in Akwa Ibom State and the Civil Liberties Organization, CLO, have condemned the state governor, Mr. Emmanuel Udom’s driver – Edet Bassey’s impersonation of a police officer.

The APC and CLO in separate reactions to reports that Mr. Bassey, from Cross River State, allegedly impersonated a policeman while discharging his duties, said it was an act of impunity on the part of the governor to allow his driver wear the police uniform knowing fully well he’s not a member of the Nigeria Police.

The state publicity secretary of APC, Mr. Ita Awak, said the driver’s alleged actions was proof that the Peoples Democratic Party-led government did not have respect for law and order.

Awak stressed that the governor’s driver’s impersonation of the police was a spill-over from the previous administration, which he added, was noted for impunity.

He said, “The governor’s driver’s impersonation shows that the PDP-led government does not have respect for law and order. It is a carry-over from the previous regime where things were done with impunity”.

The CLO chairman in Akwa Ibom State, Mr. Clifford Thomas, queried the integrity of the governor for allowing his civilian driver to wear a police uniform and drive him around.

He said, “It was wrong of Governor Emmanuel and his driver to do that. You cannot get a civilian to wear a police uniform and drive a governor for whatever reason; it is wrong. Even with immunity, Emmanuel cannot do whatever he likes; that is the simple truth”.