Buhari Responds To Critics On Appointment Of Northerners

President Muhammadu Buhari has broken his silence on his appointments, which many Nigerians have described as “lopsided”. 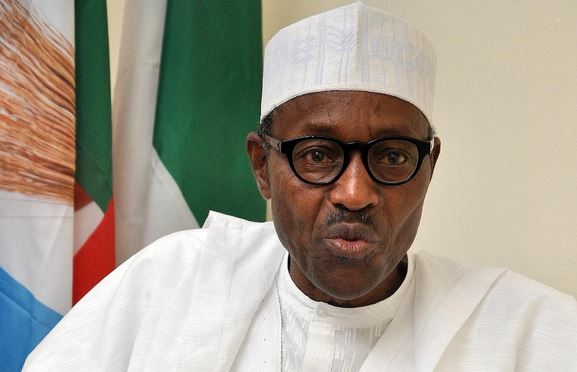 Buhari in an interview with BBC Hausa on Tuesday said the Constitution allowed him full control over the choice of his closest officials.

The president assured that he was not ignoring some section of his society in his appointments, explaining that those he appointed were some of his most trusted associates.

Responding to the interviewer’s question on the controversy generated by the appointments, Buhari said “This is the nature of Nigerian politics”.

“If they will do justice to me, as an elected Nigerian president, let them look at the Constitution a Nigerian president works with, there are people who will closely work with me that don’t need to be taken to the Senate.

“If I select people whom I know quite well in my political party, whom we came all the way right from the APP, CPC and APC, and have remained together in good or bad situation, the people I have confidence in and I can trust them with any post, will that amount to anything wrong?

“I have been with them throughout our trying times, what then is the reward of such dedication and suffering?

“They did not defect because of positions, they did not involve themselves in the pursuit of personal gains, and they accepted their fate throughout our trying moments.

“What is wrong if I make you the secretary (of the federal government) because I have confidence that things will go normal?”

On the abducted Chibok girls missing since April 2014, Buhari said the Boko Haram sect had “have scattered them, and are being guarded at dispersed locations.

“Most of the girls are Christians and were forced to embrace Islam. And the sect’s cruel leaders have married some of the girls, obviously against their wish. Others have been left to practice their religion but their condition could hardly be ascertained.

“Both ground and air security personnel in the Sambisa forest could spot where the girls are, but since the insurgents have also kidnapped housewives and other women, no one could say whether they mixed them or how they dispersed them.”
.