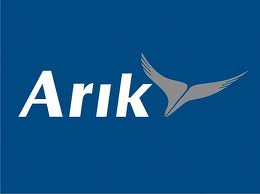 Unions in the aviation industry has for the second time within a week threatened to disrupt activities of Arik Airlines due to huge debt owed aviation parastatals raising fears the airline may be bankrupt.

“Arik has been enjoying services of aviation para­statals without paying for them. This protest is to send a notice to Arik management that the aviation workers are tired of the incessant indebtedness of Arik to all the aviation parastatals,” Benjamin Okewu, President of the Air Transport Services Se­nior Staff Association of Nigeria (ATSSSAN) was quoted by PSN to have said.

According to Per Second News, the troubled airline in dire financial straits plans to cut hundreds of jobs. Due to this, pilots of the airline are already leaving to other airlines.

The news outfit confirmed that almost a dozen Arik airline pilots quit their jobs in recent months with some of them leaving to Air Peace, Dana, and Medview airlines.

In a recent plea by the Deputy Managing Director of Arik Air, Captain Ado Sanusi, he prayed that the debts of the airline should be rescheduled and the interest rates reviewed downwards. He also urged the aviation agencies to reschedule the debts owed them by the airlines.

Reports say N300 billion intervention funds by the administration of the late President Musa Yar’adua for the power sector and the airlines had lessened Arik Airline’s burden. The carrier got N15 billion of the intervention fund and used the money to refinance its debts with the banks, according to its deputy managing director.

As the figures showed, the carrier’s financial problems had taken root before now, by mid-2014, those business problems were overshadowed by scarcity in aviation fuel and forex exchange rates.