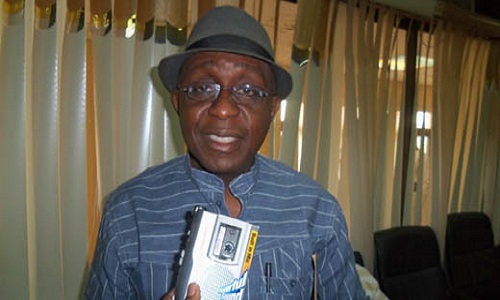 The fragile industrial peace currently being enjoyed in the nation’s institutions of higher learning may soon be shattered if the threat by the Academic Staff Union of Polytechnics, ASUP, to embark on an indefinite strike is anything to go by.

The polytechnic lecturers are decrying the deplorable condition of state polytechnics where workers are owed between eight and 10 months salaries.

The union also called for the convocation of a national conference on education in the country to find lasting solutions to the challenges confronting the sector.

The National President of ASUP, Chibuzo Asomugha, who spoke during a press briefing in Abuja, yesterday, called on President Muhammadu Buhari to intervene and end “the unnecessary dichotomy” between Bachelors Degree and Higher National Diploma.

Among other unresolved issues between ASUP and government include review of the Polytechnic Act; Needs assessment and funding of public polytechnics; dichotomy between HND and degree graduates; non-implementation of CONTISS 15 migration for the lower cadres and seven per cent academic allowance and lopsidedness in funds disbursement and intervention by TETFund.

Others are non-establishment of the National Commission for Polytechnic; discriminatory Joint Admission and Matriculation Board admission cut-off points; conditions of state-owned polytechnics; appointment and composition of the governing councils for polytechnics; non-release of reports of committees and politicization of polytechnic administration.

Asomugha said, “We want to state without equivocation that it is morally reprehensible and desperately wicked for a government at any level to owe its workers eight months of salaries. Such a government has, by that very colossal failure, lost the moral claim to the leadership of the people. It has failed woefully in its mandate to provide governance and should abdicate.

“If, within the next few weeks, the affected state governments do not clear the arrears of salaries and allowances owed our members, our union nationwide will be left with no other option than to rise in arms in solidarity with our suffering colleagues.

“The conditions of most states polytechnics in Nigeria are pathetic. This has greatly compromised standards in most of the institutions. Apart from criminal neglect and dereliction of duty on the part of state governments which are proprietors of the institutions, there are also constant experiences of undue interference and politicisation of appointments and recruitment of personnel”.