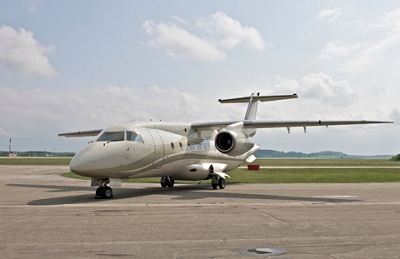 A former Commissioner for Information in Bauchi State, Alhaji Ahmed Barau, has faulted claims by Governor Mohammed Abubakar that the state’s aircraft, Embraer 145, 5N-BJM, was stolen or missing.

‎Governor Abubakar had while speaking with journalists as part of activities to mark his 100 days in office at the weekend, said that the state found the aircraft in Morocco where it was hidden.

But Barau, who addressed a press conference in Bauchi on Tuesday, accused the incumbent government of giving the erroneous impression that the aircraft was stolen or was missing, whereas it was not.

According to him, the transition committee set up by ex-Governor Isa Yuguda made very elaborate, concise and detailed information about the aircraft and its whereabouts available to the new governor during hand over on May 29.

The former commissioner pointed out that “We are surprised and any right thinking person will be surprised to find that submission is being made all over that the aircraft was recovered or it was earlier missing, stolen or something like that.

“As I am talking to you now the aircraft is in Morocco like they have said, but it was never taken there on ulterior motive. It was there under an arrangement with a leasing company, Overland, for the purpose of ensuring that it is properly maintained and airworthy and then for re-engagement on behalf of the government and people of Bauchi State.

“You may agree with me that overtime, there have been a lot of problems to the extent of a litigation between the Bauchi State government and the initial company that was handling the repair, the checks and what have you of the aircraft.

“At a point in time, the government had to take some of the companies to court and the litigation is right now in court. The government was advised to check in and see how they will also pursue the issue of the Aircraft to a logical conclusion”.