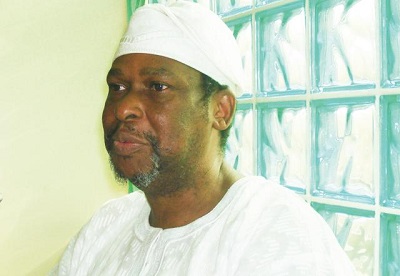 He said the governor is “an exemplar of bad governance”, cannot advise the Federal Government on sound economic policies.

Boroffice, who was reacting to Mimiko’s statements during the sixth Gani Fawehinmi Annual Memorial Lecture in Akure, the Ondo State capital at the weekend, said the governor was using the programme to promote anti-people policies, which the late Fawehinmi fought against.

“Governor Mimiko is an emerging accidental critic, who is desperate for political relevancy and has persistently fired shots at President Muhammadu Buhari even at the slightest chance since there is virtually no on-going activity or project in Ondo State.

“He is advised to reflect on his new found role because it is absurd, hypocritical and likewise nonsensical for a renowned exemplar of bad governance to advise the Federal Government on sound economic policies”, Boroffice said.

The senator said Mimiko was a beneficiary of President Buhari’s sound economic policies.

“Nigerians now testify to the significant improvement in power supply.

“The Federal Government has unveiled an economic blueprint that places more emphasis on investment in people, education, job creation and social sectors to reduce poverty; diversification of the economy in agriculture, technology, manufacturing and entertainment; national school feeding scheme and the conditional cash transfer to N25 million poorest households in the country”, he added.

Boroffice said many of the president’s policies could not be implemented immediately because the treasury had been plundered under the previous PDP administration and Buhari would, therefore, need to recover some of the funds.