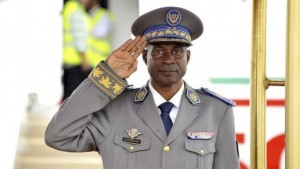 Burkina Faso has frozen the assets of the leader of last week’s failed coup, Gen Gilbert Diendere. Another 13 people suspected of involvement have also had their assets frozen, the state prosecutor says. Interim President Michel Kafando was reinstated on Wednesday after an intervention from the army and West African leaders. On Friday, his government ordered the presidential guards’ unit that carried out the coup to be disbanded.

At least 10 people were killed and more than 100 injured in clashes during the take-over which Gen Diendere described as “the biggest mistake”.ate prosecutor Laurent Poda said that the assets of 14 people, including Gen Gilbert Diendere and his wife Fatou Diendere, an MP for the former ruling party, would be frozen for three months.

On Friday, the first full meeting of the government since Mr Kafando’s reinstatement decided to disband the presidential guard (RSP) and to dismiss the minister in charge of security. The RSP – a unit of 1,200 well-armed and well-trained men – is loyal to Blaise Compaore, the country’s long-time ruler who was ousted in a popular uprising last year. They were unhappy about being integrated into the regular army.