Several bus drivers have their hands nailed to a cross and sewed their mouths in a protest at beign sacked more than two months ago in Asuncion, Paraguay.

Twenty three drivers, including one woman, have taken some serious measures in fight with their employers after they lost their jobs. 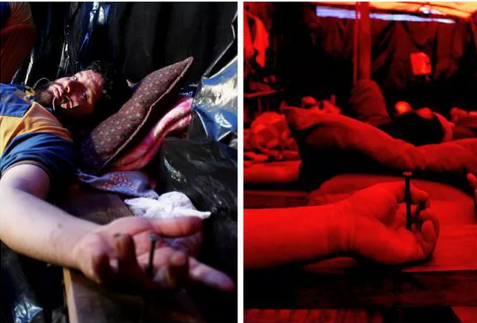 The protesters have already spent 77 days on their crosses, some of them have joined a hunger strike, wiring their mouths shut. 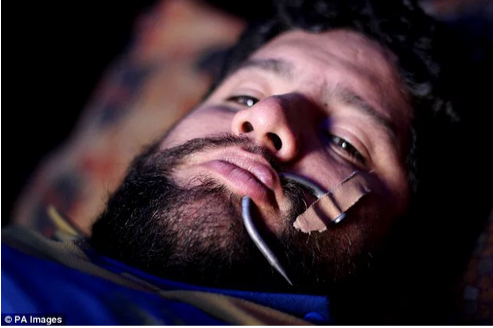 And they are not going to stop until the government will influnce the companies to pay their wages out and recognise the union rights of the workers. 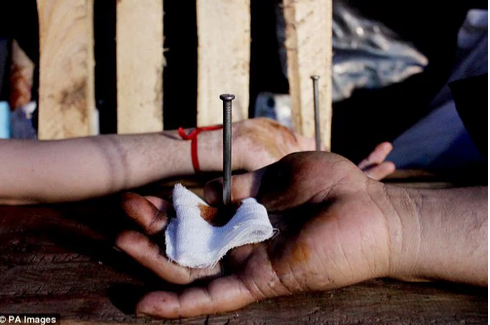 This is not the first time workers staged mass crucifixion, a year ago group of drivers staged a similar protest and managed to get their jobs back. 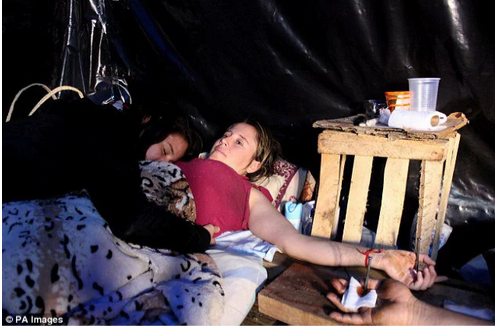 Most of Paraguay’s population is Catholic and the church regularly criticises the protesters for using crucifixion in their demonstrations.