The Senate President, Dr. Bukola Saraki, has been slammed with a 13-count charge of corruption by the Code of Conduct Bureau for offences ranging from anticipatory declaration of assets to making false declaration of assets in forms he filed before the bureau while he was governor of Kwara state.

Saraki is also accused of failing to declare some assets he acquired while in office as governor.

Among other offences, including allegedly acquiring assets beyond his legitimate earnings, the Senate president is also accused of operating foreign accounts while being a public officer – governor and senator.

The charges with file number ABT/01/15, dated September 11 has been filed before the Code of Conduct Tribunal.

The offences, the charge said, violated sections of the Fifth Schedule of the Constitution of the Federal Republic of Nigeria 1999, as amended.

Mr. Saraki is also said to have breached Section 2 of the Code of Conduct Bureau and Tribunal Act and punishable under paragraph 9 of the said Fifth Schedule of the Constitution.

The charges were prepared by M.S. Hassan, a deputy director in the office of the Attorney General of the Federation.

As at the time of publishing this report, it is not clear whether the document had been served on Mr. Saraki, just as efforts to get his aides’ reaction proved abortive. 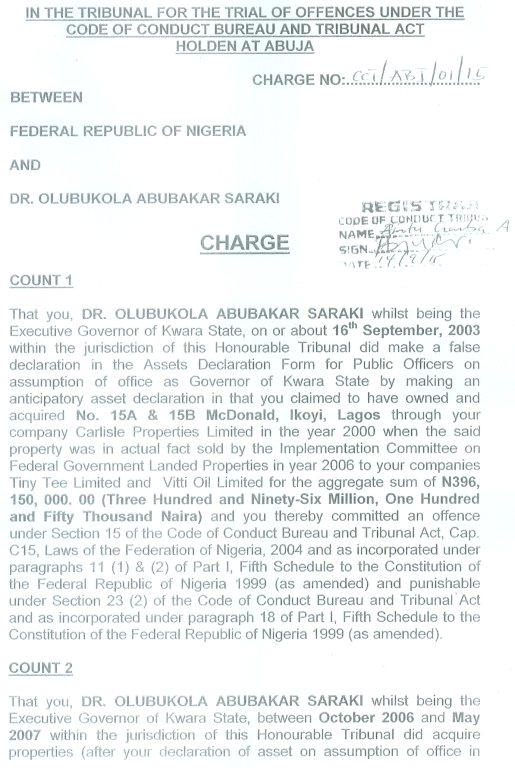 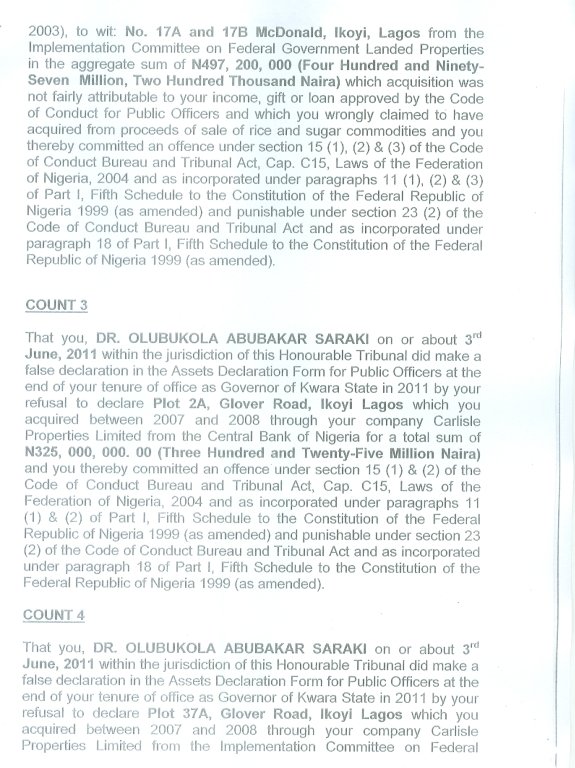 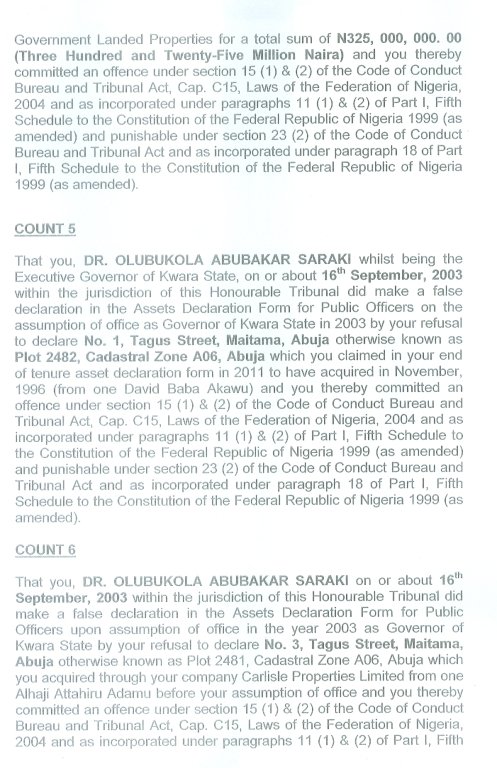 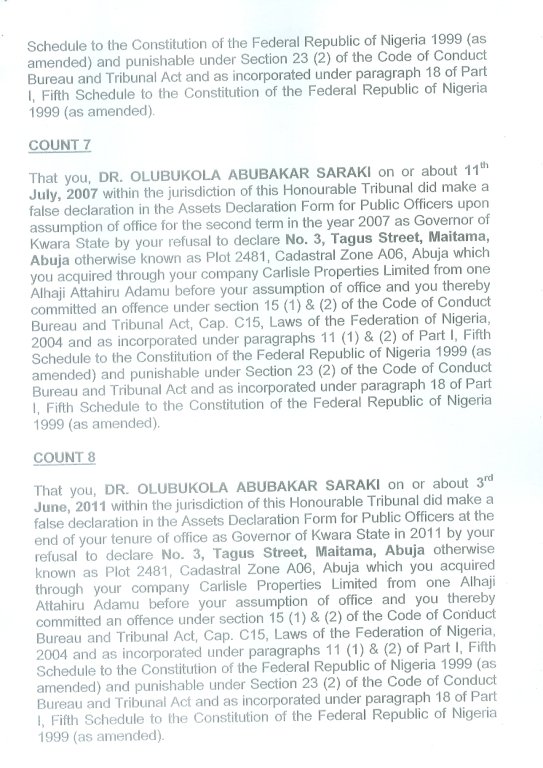 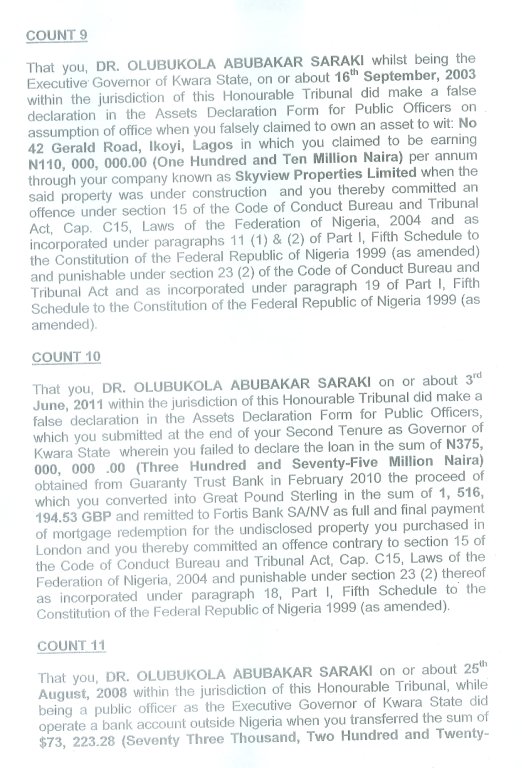 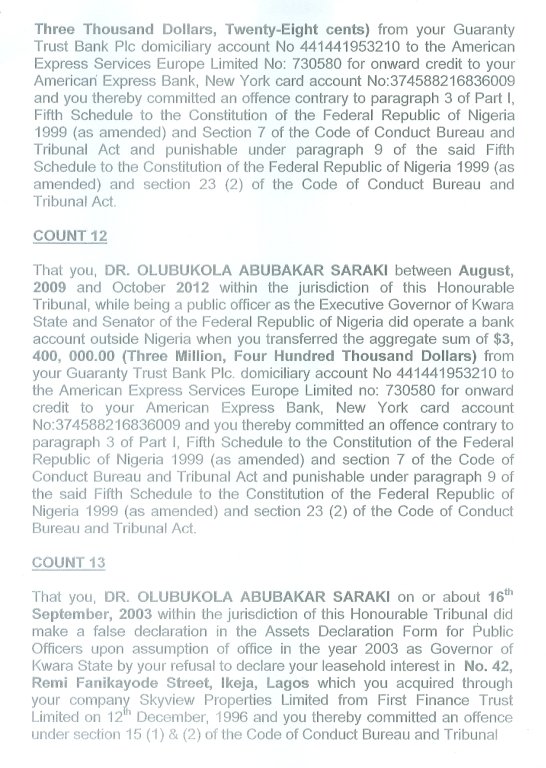 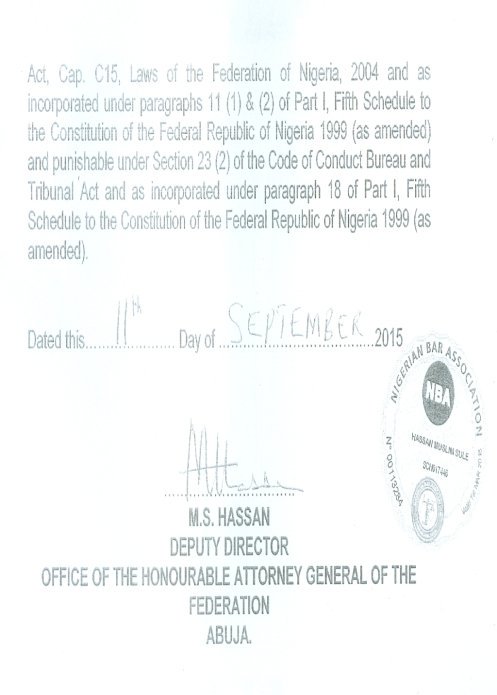