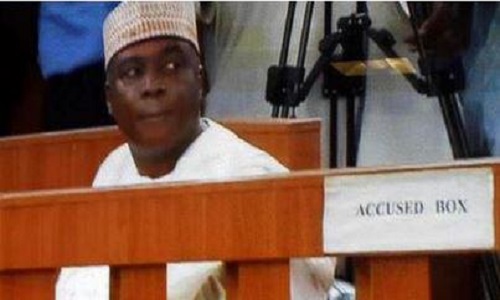 The trial of Senate President Bukola Saraki at the Code of Conduct Tribunal took a new dimension on Tuesday as one of his aides claimed evidence used by the prosecution was provided by Governor of Kaduna State, Malam Nasir El-Rufai.

The Special Assistant on New Media to the Senate President, Bamikole Omishore, who made the allegation in a tweet some few hours ago, however, declared Saraki’s readiness to defend himself against all the 13-count charges of corruption leveled against him.

The claim is even more interesting if the fact that the embattled Senate president and Kaduna State governor belong to the same party – All Progressives Congress – is taken into consideration.

Mr. Saraki had since his travails began with the invitation of his wife by the Economic and Financial Crimes Commission, EFCC, and more recently his arraignment by the Code of Conduct Bureau before the CCT, maintained that it was politically motivated by some politicians still nursing grudges with his emergence as Senate president.

But Gov. El-Rufai was the least expected person that would be mentioned as having anything to do with Saraki’s trial.

The days ahead promise to be interesting as more revelations are expected to be made by the parties involved in this saga.