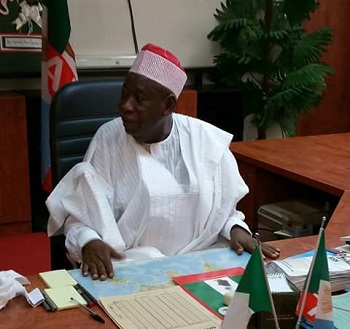 Governor Abdullahi Gnaduje of Kano State has appealed to security agencies in the state to fortify their surveillance mission to prevent possible migration of insurgents being dispersed from Sambisa Forest in the Northeast to the state.

Ganduje made the call this while receiving the state’s new Commissioner of Police, Muhammad Katsina, who visited him at the Government House recently.

The governor said, “Following the cosmopolitan status of Kano, the insurgents being flushed out from Sambisa Forest may look for alternative venues to take refuge. A city like Kano could likely be their target. You must deploy your expertise to prevent them from infiltrating”.

Ganduje assured the police boss that his administration would collaborate with the security agency in its coordinated efforts to secure the state.

The governor, who also lamented the spate of insecurity around Falgore Forest, promised to support the police to rid the area of bandits.