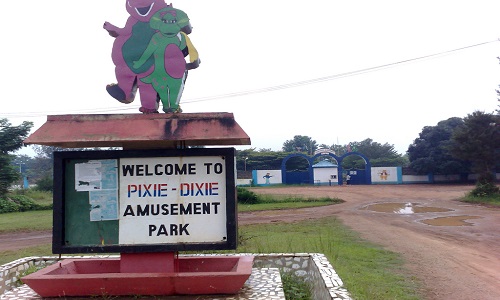 Families, friends and fun-seekers will have to make do with a quiet Eid-el-Kabir in Kaduna State after the State Security Council announced the closure of all state recreational facilities and parks.

The council made this known on Wednesday in a statement after its weekly meeting.

“The council examined measures to enhance security of lives and property in the state, and reaffirmed the need to continue to engage citizens in building and maintaining security awareness.

“The council also noted that soft targets have been attacked in several states, including ours.

Therefore enhanced security measures will be put implemented in places of worship, including prayer grounds. Government regrets any inconvenience to citizens that may arise from such restrictions and security activity.

“In order to ensure hitch free Eid-El-Kabir celebrations and safeguard security of lives and property in the course of the Sallah festivities, the security council has taken the following security advisory measures:

“All parks and recreational centres, including Gamji Gate Park, the Amusement Park, Kaduna, and other related places will not be open for social gatherings.

“Murtala Muhammad Square, Kaduna, will, as usual, host Eid prayers. It will, however, not be open for any social gathering or celebration except for the Eid Prayers stated.

“The Council wishes the Muslim Ummah successful and hitch-free Sallah celebrations throughout the State.

“Furthermore, the Council appeals to citizens for increased vigilance. The people of Kaduna State are encouraged to report to the nearest security agency any suspicious persons or groups engaging in unusual activity”, the statement read.