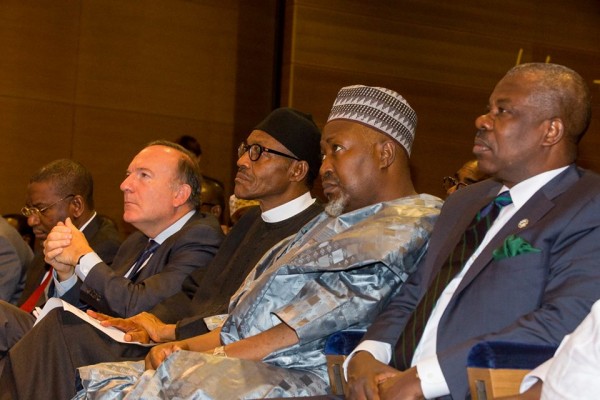 President Muhammadu Buhari, today met with European business leaders in a bid to pitch his agenda ahead of the appointment of ministers which he promised to make before the end of the month.

Buhari discussed economic gains in the private sector at the meeting and the areas he is where he is looking for support to advance issues like the economy, trade and infrastructure.

Mr Tony Elumelu led a group of CEOs of some of the country’s leading companies, at the High level meeting with French CEOs. Wale Tinubu of Oando and the GMD of the NNPC, Dr Ibe Kachikwu were also present.