First, I am not @bukolasaraki supporter. But I hate dirty politics.

But I follow him on Twitter, and I know that 6 days ago, a twitter follower (@9grrepublican) of his openly requested him to remove party affiliation from his profile as he’s everybody’s senate president (check his handle on the 14th September for proof). 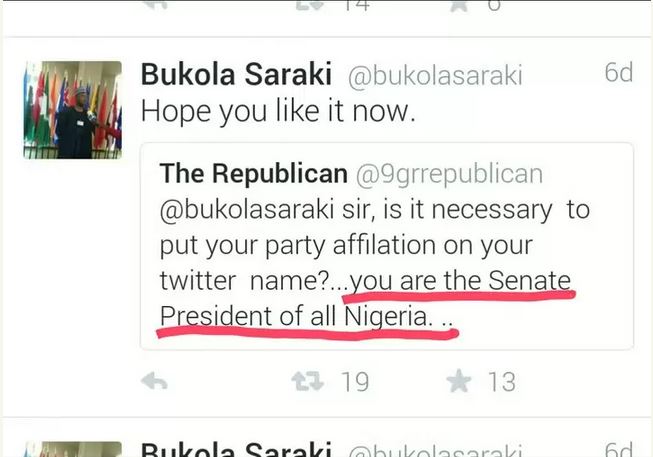 He obliged and even thanked the fan for the advise. Now it has become a campaign point for his assailants, including PDP. Talk about dirty politics!

Is it possible that the fan’s request was a political gimmick in the first place.