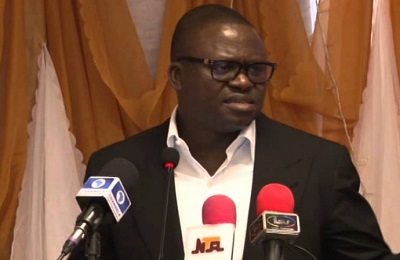 A former chairman of the Niger Delta Development Commission (NDDC), Mr. Timi Alaibe, has debunked rumours making the rounds that the immediate past chairman of the Peoples Democratic Party (PDP) in Bayelsa State, Col. Sam Inokoba (retd.), slumped and died in his Lagos home.
Mr. Inokoba, who defected to the All Progressives Congress (APC) about two weeks ago, died in Lagos on Wednesday.
There were unconfirmed reports that Inokoba, 68, who recently purchased the nomination and expression of interest forms of the APC, slumped and died in Mr. Alaibe’s home following heated arguments with his host over the issue of their governorship ambitions.
It was also alleged that the former NDDC boss had offered the deceased N200 million to withdraw from the Bayelsa governorship race.
In a statement by his aide, Nwokoma Ndu, on Wednesday, Mr. Alaibe described the allegations against him as “baseless, malicious and wicked”.
The statement said the former NDDC chief had been in Abuja and could not have been responsible for Mr. Inokoba’s death.
The statement attributed the rumour to the handiwork of the PDP-led state government.
“How can somebody who has been in Abuja all week suddenly appear in Lagos for a ghost meeting?” the statement asked.
“It is evident from the hate stories emanating from the pro-PDP media in the state that they want to look for every opportunity to nail Mr. Alaibe due to their fear that he will beat the governor in the December elections if he gets the APC nomination”, he said.
The statement recalled that the PDP had before now, accused Mr. Alaibe of using President Muhammadu Buhari’s name to raise money to prosecute his governorship ambition.
“How can a man they described as broke suddenly be offering huge money? How far will they go in their bid to bring down the personality of Timi Alaibe?” the statement said.
It, therefore, warned Nigerians, especially indigenes and residents of the state “to be wary of such wicked propaganda from the Bayelsa State government which is born out of mischief”.
The statement said no matter the blackmail, Mr. Alaibe, who is in the Bayelsa governorship race, would clinch the APC nomination and he would go ahead to defeat Governor Henry Seriake Dickson in the December 5 poll.