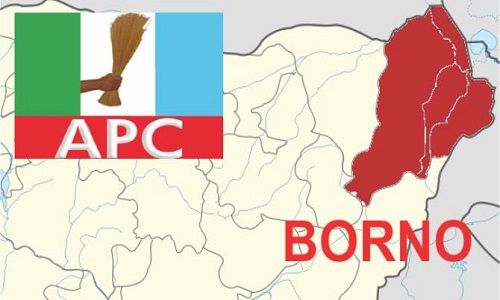 A former Commissioner for Local Government and Chieftaincy Affairs in Borno State, Alhaji Baba Kaka Bashir Garbai, has emerged the Borno Central Senatorial Candidate of the All Progressives Congress for the scheduled October 2015 by-election into the vacant seat.

The former occupier of the seat, Senator Ahmed Zannah, passed away on May 16, 2015 after a brief illness.

Garbai polled 2,102 of the total 2,106 valid votes cast during the party primary, held under tight security at the multi-purpose hall of the Government House, Maiduguri on Wednesday night.

It was learnt that all the eight local government areas that make up Borno Central Senatorial district had their delegates in attendance.