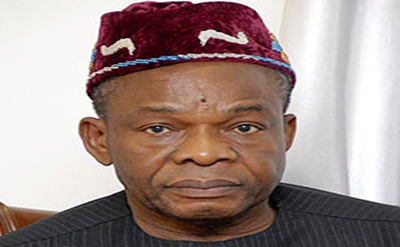 A former Minister of Lands, Housing and Urban Development, Nduese Essien, on Tuesday urged President Muhammadu Buhari to publish the names of treasury looters who had returned stolen funds.
Mr. Essien made the call in an interview with the News Agency of Nigeria (NAN) in Eket, Akwa Ibom State.
According to him, publishing the names of the looters will make more impact in the fight against corruption.
“President Muhammadu Buhari should publish those names that have willingly returned stolen wealth or those who have been forced to return stolen wealth.
”Let the public know how much has been returned, where it is paid into and its ultilisation.
“We don’t want a situation where money is returned and we don’t know where the money has gone to”, he said.
Mr. Essien called on the government to ensure that recovered funds were used to develop the country and in the interest of the masses, who had been deprived.
He lauded the government’s anti-corruption war, saying that it had made people to sit up.
“People are now afraid of indulging in corrupt activities for fear of being investigated after leaving office”, he said.
He expressed optimism that anti-corruption war would work under Mr. Buhari, because he would not condone corrupt practices.
The former minister added that the corruption war should be extended to persons working with the president.
“Anti-corruption crusade is not supposed to hinge entirely on the past; it should also prevent those who are working with the president presently from getting involved in corrupt activities”, he said.
He charged the government to fund anti-graft institutions to make them effective, adding that apprehending people for perceived corruption was the ‘’strongest weapon to use in arresting corruption”.
“If somebody is found to be spending more that he earns as his salary and allowances, such person should be called to question and explain where the extra income comes from.
“When I was the Chairman of the Anti-Corruption Committee in the House of Representative, we were trying to promulgate such law but unfortunately, we couldn’t pass it through the parliament.
“Some of our colleagues were afraid that if the bill was passed, it could be used to apprehend some of them”, he said.
He expressed support for introduction of special court to handle anti-corruption cases in the country.
(NAN)